Just how safe are your forests?

Find out if Pine Wilt Disease is a threat to your trees here! 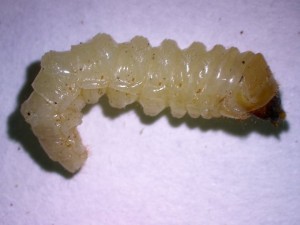 This simple to use interactive web tool incorporates complicated interactions between host, nematode and vector beetle to look at the likelihood of trees dying in your location.

Using the latest information from REPHRAME, it considers local factors such as vector activity and climate, to estimate the regional risk of pine wilt disease occurring.

The temperature sub-model is more accurate than the location one.

How the model works

Both sub-models are based on susceptible trees and virulent PWN - Pine Wood Nematodes (Bursaphelenchus xylophilus) and assume that the vector beetle and nematode are present.

They calculate the risk of a stand of trees, at a particular location or given certain temperature variable, dying from PWD given the presence of PWN.

The location sub-model is only valid for longitude values between -9°-55°. This covers most of Europe, with the exception of Iceland, where no wilt is predicted and Madeira, where the model predicts wilt.

The location sub-model uses current European climate and is accurate for current climate but will become less so in future.

For future climates, where we expect summer temperatures to increase, the limit of PWD in Europe is likely to move northwards, the temperature sub-model is much more robust and can even be used to test future climate scenarios.


Want to find out more?